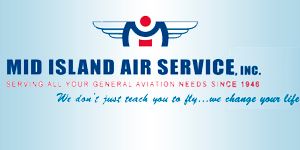 Cessna started producing the 162 in 2009. The aircraft is a high-wing monoplane with fixed tricycle landing gear and a castering nosewheel. The aircraft's doors are different from previous two-seat Cessna models. The doors open by swinging upward. The controls have a single hand panel mounted yoke instead of Cessna's usual two hand panel mounted yoke. The 162 has a wingspan of 30 feet (9.14 m) and interior cabin width of 44 inches (1.12 m) at shoulder height. The airplane's structure is mostly aluminum with a fiberglass cowling.

The Cessna 162 is equipped with a direct drive air-cooled, carbureted Continental O-200-D engine, producing 100 hp at 2800 rpm. The aircraft is also equipped with a two-blade, fixed pitch composite propeller. The 162 features a Garmin G300 EFIS, a Garmin SL40 communications radio, a GTX327 transponder, and a 121.5 MHz ELT. Available options include an autopilot and audio panel.